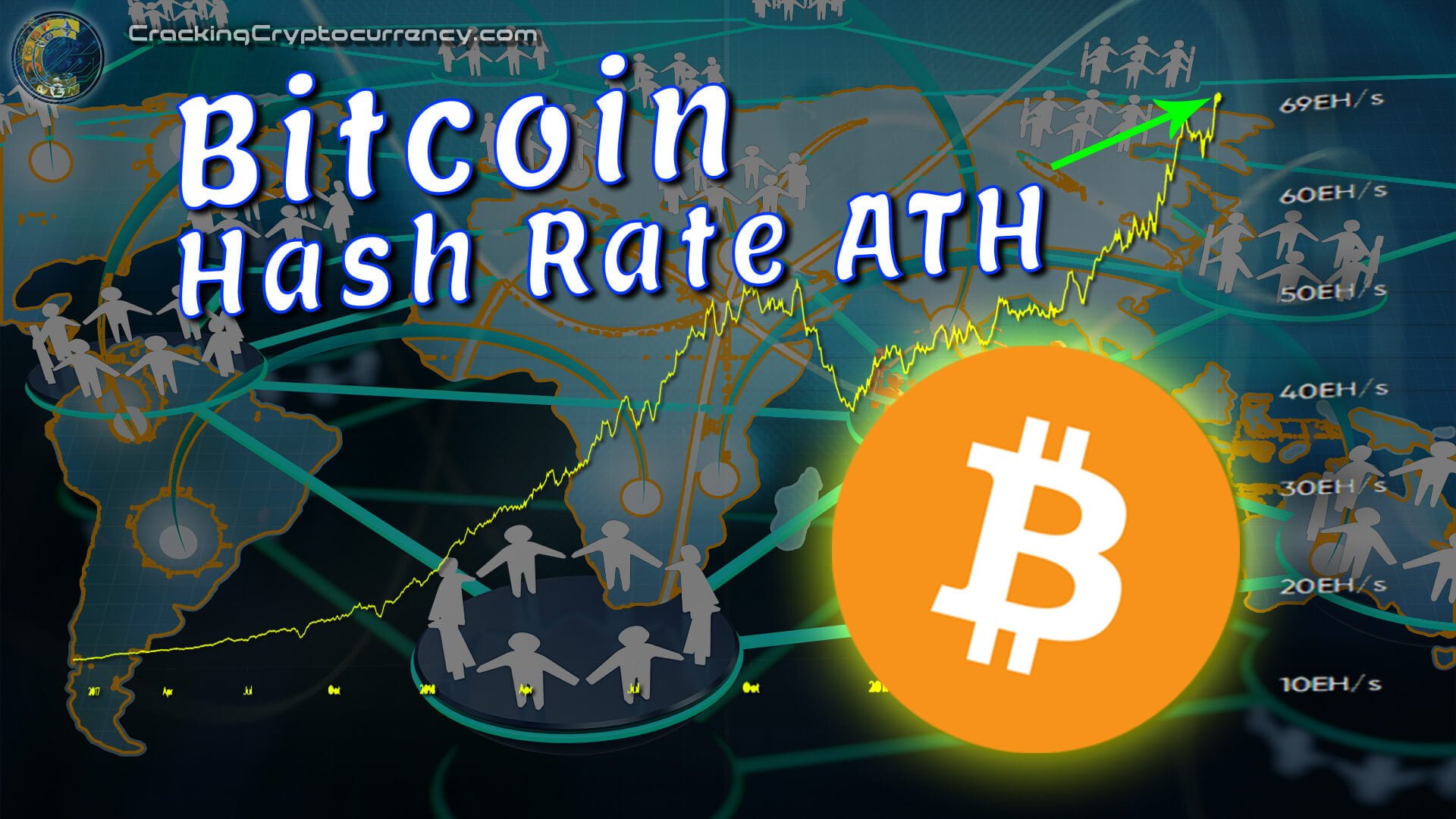 The Bitcoin network is more secure than ever as it's hash rate has just struck new all-time highs, according to data from Blockchain.com.

On July 19th, the hash rate of the network reached 79 tera-hashes per second (TH/s), a level twice as high as the amount of security the blockchain had when it hit its all-time high price level of $20,000.

Since reaching this milestone, the hash rate has fallen to 71 TH/s, according to the latest data from Blockchain.com. This is up from 65 TH/s the prior day.

While the security level of transactions on the network has been reaching new heights, the price of bitcoin has been in a steady slump since reaching just under $14k on June 26th of this year. On this day the network was pumping out 56 TH/s.

Some would consider the heightened security as a reason to see more upward price action, but as pointed out by eToro, these two metrics have had quite a rocky relationship.

The rise in hashing could be attributed to the newly plugged in equipment out of China, according to Coindesk:

Such computing interest comes at a time when mining farms in China, especially in the country’s mountainous southwest, have been gradually plugging-in equipment as the rainy summer approaches.

According to a report published by blockchain research firm Coinshare, as of earlier this month, 50 percent of the global bitcoin computing power was located in China’s Sichuan province.

However, it’s important to note that this year, the arrival of the rainy season in China’s southwest has been delayed by nearly a month compared to previous years. As a result, some local mining farms were only running less than half of their total capacity in the past month.

Xun Zheng, CEO of mining farm operator Hashage based in Chengdu that owns several facilities across China’s southwestern provinces, said there had been no rain in the area for over 20 days since early May, which was “unusual.”

The new all-time highs are coming as Iran heads down the path of recognizing cryptocurrency mining as a legitimate industry.

RT is reporting that Iranian ministers are set to vote on a plan to apply an exported electricity rate to crypto-mining farms.

“We do believe that the cryptocurrency industry should be recognized as an official industry in Iran, to let the country take advantage of its tax and customs revenues,” head of economic commission of Iranian Parliament, Elyas Hazrati, said Monday. “By generating cheap electricity, we can provide the required power for digital money miners in the country. The gained income can be used for purchasing foreign exchanges under US sanctions to remove the difficulties we are faced with.”

vamtam-theme-circle-post
Justin Wise
A perilous and fearful Monday is upon us! Happy start to a fresh week Cracking...
Read More

vamtam-theme-circle-post
Justin Wise
Another overall red day in the markets ladies and gentlemen! The overall crypto market cap...
Read More
Justin Wise
As many of you know, tomorrow the United States House of Representatives is voting on...
Read More

vamtam-theme-circle-post
Joseph Jankowski
With a CFTC insider now saying that an Ethereum futures contract could receive approval from...
Read More

The Latest ETH Scam – Don’t Fall For This Trick! Will Trump Bend to Bitcoin?Ripple Dumps Over $250 Million Of XRP In Q2 – Report